Ruled by the ghostly pirate Blackheart this oceanside dock finds itself as a battleground for our heroes. Ever the pirate Blackheart will use his ghostly ship to bombard your enemies base... for the right price.

Capture doubloons and hand them over to Blackheart and let the onslaught begin!

This is a 3 lane map with a slightly differecnt format than most. We see 2 lanes relatively close on the top half of the map while Blackheart and the third lane sit nestled at the bottom. 1 minute and 30 seconds after the start of the game chests will begin spawning, one in the north and one in the south. These chest contain 5 doubloons each and will release their doubloons after being attacked. Collecting 10 doubloons and turning them in to blackbeard as a team will unleash a 12 cannon volley onto your enemies base recking havoc on their structures.

Turning in these coins takes a 7 second channel which is interupted by damage so make sure you are well protected, if you are killed while in possession of doubloons they will scatter on the floor allowing the other team to steal them!

This map features 2 watchtowers one in the north between the two lanes, and one in the south covering the southern lane and blackbeard himself. We find 5 mercenary camps scattered across the map; 2 seige giant camps located near the southern lane on the left and right sides, 2 knight camps located between the two northern lanes on the left and right sides, and finally a grave golem located centrally above the top lane. There are also 4 different pirate camps, each spawning two pirates who drop 1 doubloon each with a 1 minute and 30 second respawn timer. 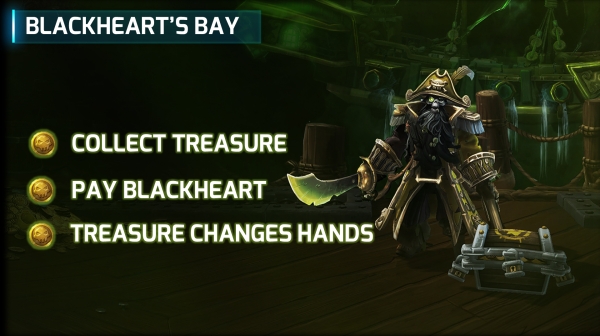 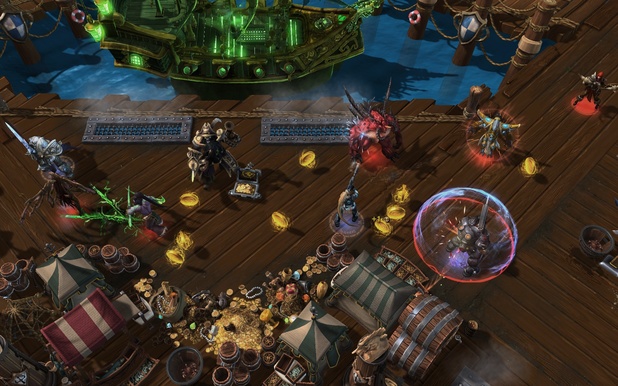